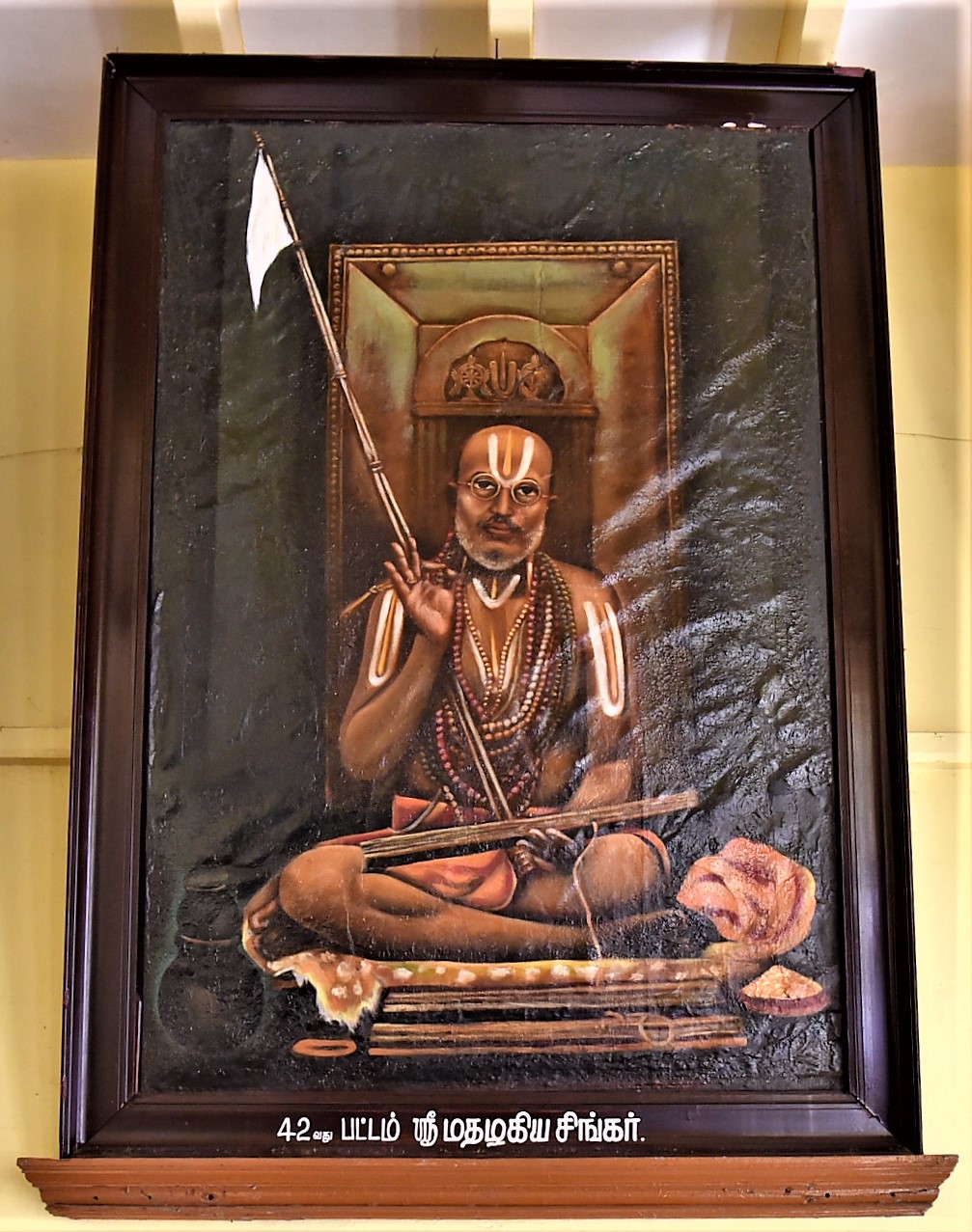 The peerless preceptor His Holiness the 42nd Jeeyar of Sri Ahobila Math, Sri Lakshminrusimha Divya Paduka Sevaka, Srivan Sathakopa Sri Sriranga Sathakopa Yatheeendra Mahadesikan, popularly known as Injimedu Srimad Azhagiyasingar, one of the glorious acharyas in the lineage of Sri Ahobila Math, was a great visionary and an erudite scholar, founded Sri Ahobila Math Veda Prabandha Sastra Samskruta Mahavidyalaya at Madurantakam in 1942. The Jeeyar in his poorvashrama(before assuming the ascetic order) days had undergone lots of  personal hardships  in acquiring knowledge from different masters who were located at far off  places, like Mysore, Tirupati and Benares. Most of the places he used to cover only on foot. Out of compassion, he thought that his fate should not befall the future generations who would be in the pursuit of knowledge. So, with considerable foresight, H.H. decided to establish an educational institution that would be a centre for   learning and mastering the Vedas, the Divya Prabandhas, the Sastras and the Sanskrit, all under one roof. With this objective H.H. the 42nd Jeeyar founded the educational Institution. The mission statement of this Institution was to impart traditional knowledge to the poor Srivaishnava Brahmin students in the guru-kula style. Accordingly, a hostel was attached from its inception. Prominent traditional Scholars of the Math were appointed as teachers for various disciplines.  To start with, the Veda, the Prabandha Pathasalas and the Samskruta Mahavidyalaya were functioning at Sri Ahobila Math premises in Car street and later moved to its own building in the Sannadhi Street, nearer to Sri Erikaatha Kothanda Ramar Temple.